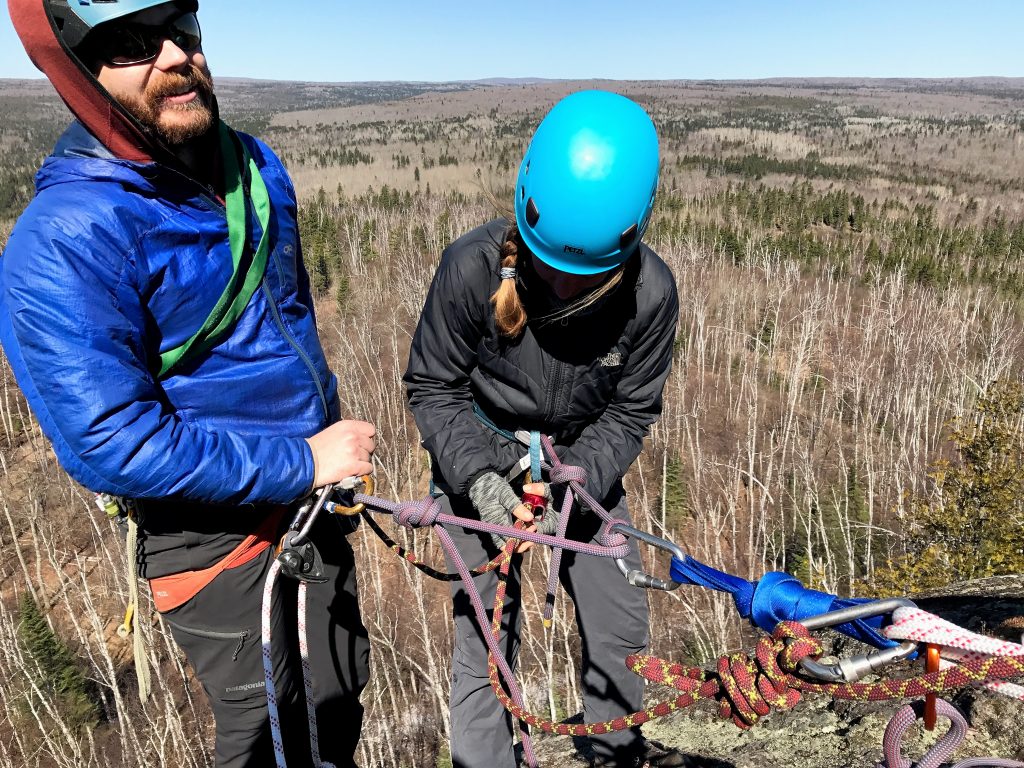 “It wasn’t until I stood waiting in the misty pre-dawn gloom at a local public golf course parking lot, that I had any inkling of how I was going to capture, in words, all of the contributions that Jesse Littleton has made to VOBS and Twin Cities Center. A golf course parking lot is an odd place for an epiphany, but that’s exactly when it hit me– the essence of what exactly Jesse brought to VOBS, to the Twin Cities Center office, to his colleagues, students, and friends. I realized that Jesse was the reason I was standing at dawn in an empty parking lot as opposed to sleeping in my warm bed.

Jesse gets you up in the morning. That’s it. That’s what he does. 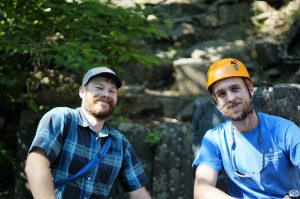 Jesse wrangles fun out of you regardless of the hour, circumstances, precipitation, or arduousness of the task at hand. Whether a frustrating early morning “walk” on the golf course or just slogging into the office on a dreary Monday morning, Jesse has the ability to make every effort a cheerful endeavor. With his combination of positivity, humility, and love of everyday irreverence, Jesse has the ability to make hard things fun and make fun things purposeful. Jesse sparks curiosity and drives others to pursue their dreams. Jesse is an educator in the deep sense of the word, and VOBS will miss him tremendously.

If this is beginning to sound like a bit of an ode, that is because today marks the end of Jesse’s tenure as VOBS Senior Logistics Coordinator– a position that he’s held for the last three years, in addition to instructing and serving as Head Rock Climbing Site Manager. Jesse has now seized an awesome opportunity with the American Mountain Guides Association (AMGA) in Boulder, Colorado where he’ll serve as Coordinator for the national network of AMGA certified guides. With Jesse’s ability to relate as genuinely and credibly to a novice as he can to a grizzled professional, I can’t imagine a better ambassador.

In his tenure at VOBS, Jesse will have overseen an incredibly ambitious expansion and redesign of the Twin Cities logistics warehouse and systems, improved our climbing program and training curriculum, and more than tripled our number of rock climbing site managers. Along the way, Jesse’s done just about everything else that needed to be done here at Twin Cities Center. Jesse has logged late night van drop-offs, dangled on ropes for hours teaching knots, mentored countless staff (including his supervisor, me), and “volunteered” for a river expedition as his very first course (even though he’d never canoed before).

When I think of the qualities that best describe Jesse’s biggest contributions to VOBS and our mission, mentorship and culture stand out most prominently. There was an instance last year when, after driving over four hours to meet a group at a remote climbing site, he realized that he’d forgotten all of the climbing helmets:  “Well, good thing I’m the Logistics Coordinator and Head Rock Climber,” was his cheerful response as he drove another two hours in search of the gear he needed. When his tent collapsed under a surprise spring snowstorm later that weekend, he posted a photo of his sagging, soggy tent and gleefully joked that it was gear-karma. We largely owe the amazingly inclusive and positive community here at Twin Cities Center to Jesse’s contagious way of inviting people to share his passions and equally sharing in theirs.

We’ll miss the parodies, the puns, the mixed-sports adages, and the “dad jokes” around the office. We’ll miss the Flapjack Friday fun runs, afterwork climbing clinics, early morning golf, and impromptu barbecues. We’ll miss the motivation to get up early and do fun/hard/silly things. But even more than that, we’ll miss the generosity of spirit that Jesse brings to his community every day, cloaked in a mustache and disguised as a bad joke. As a steward of his human environment, a role he has always approached with dutiful intention, Jesse will be leaving our VOBS community better off than it was and I’m certain he will do the same wherever the trail takes him next.

So, Jesse, my advice to you as you leave the flat bottoms of the Mississippi for the sweeping heights of the Rockies is this:  always keep your head up no matter what…or is it down that you keep you head in golf?  In any case, keep teeing it up and swinging for the fences. You know what I mean.

Marlais knows that challenge and adventure change lives. As Director of Partnership at Voyageur Outward Bound School, Marlais connects organizations and individuals to the power of group learning and outdoor education. She teams with schools, colleges, nonprofits and businesses to put people on course for character and leadership. Marlais is an Outward Bound alum, teacher, trainer, writer and mother. She loves to travel everywhere, but considers Lake Superior her True North.

Stay informed on Voyageur Outward Bound School news and updates!
Please fill out the form below to begin receiving our email newsletter.

PART OF THE NATIONAL NETWORK OF OUTWARD BOUND SCHOOLS IN THE U.S.